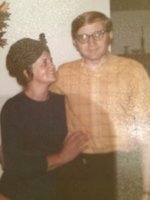 Don Richard Hoisington was born May 7, 1939 in Lincoln, Nebraska to the parents of Lloyd Foster and Anita Warkentine Hoisington. He passed away peacefully on May 15, 2016 at the age of 77. Don graduated from Roosevelt High School and Portland State University, with a Bachelor’s Degree, where at both schools he participated in track. He married his wife of 48 years, Cora Ellen Hoisington, on March 15, 1968 in Vancouver, Washington. He is survived by his brother, Jon Hoisington, nieces Cheryl Lawwill and Julie Connolly (Steve), nephew Jon W Hoisington (Jaann), stepdaughters Dianna Struznik (Robert) and Marilyn Hockhalter, and six grandchildren and one great-grandchild. For most of his professional career, Don was a successful automobile broker. He enjoyed travel with his wife and family to Hawaii, Mexico, Sun River, and especially to the Oregon Coast where he loved long walks on the beach. In his final years of life, Don was the primary caregiver to his wife, Cora, and stepdaughter, Marilyn, where they loved to attend the senior centers in North Plains and Hillsboro, Oregon for lunch and companionship with friends. Service Information