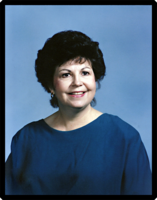 Bonnie Kay (Bramwell) Croft was born May 30, 1937 in Price, Utah. She died June 19, 2020 in Oregon City, Oregon at the age of 83 from complications of Alzheimer’s Disease. Bonnie was the second of two daughters born to Albert Kershaw Bramwell and Thora Minnie (Parker) Bramwell. Bonnie grew up in Oakland, California and spent most of her life in the Bay Area. She was surrounded by her family and friends and was involved in many social events, including dances and singing. Bonnie’s greatest passion was playing the piano, which she excelled at from an early age. Bonnie shared her gift of music with her family, church, and community through performances and teaching hundreds of students. She had the fortunate opportunity to teach the Yamaha Music program of which she thoroughly enjoyed. Bonnie was often found performing with her sister, Jean; she played while Jean sang. They were a marvelous pair. Bonnie was also president of the California and Utah Music Teachers Association. When Bonnie wasn’t practicing or teaching piano lessons, she enjoyed tole painting, gardening, cooking fabulous meals, and most of all spending time with her family and friends. Bonnie had a wonderful personality and loved throwing parties. Bonnie also loved animals, especially Shetland Sheepdogs. Many people would describe her as beautiful, talented, classy, loving, funny, tender, feisty, clever, intelligent, graceful, and exceptionally refined. Bonnie was an active member of The Church of Jesus Christ of Latter-day Saints. After graduating from high school she attended Brigham Young University in Provo, Utah, where she received her Bachelor of Music degree in Piano Performance & Pedagogy. It was while attending BYU that she met and later married Kent Calvin Croft in the Los Angeles (Latter-day Saint) temple on August 25, 1959. Bonnie and Kent volunteered many years of their lives working in the San Diego and Portland temples. Bonnie shared her love of music and dance with her three daughters, of which they are eternally grateful. Bonnie and Kent lived in many places throughout their lives including Saratoga, California; Provo, Utah; and Hillsboro, Oregon. They had many friends with whom they kept in touch throughout the years. Bonnie will be remembered for her generosity, sense of humor, talent for music and art, and holiday family gatherings. She was devoted to her husband, children and grandchildren. Bonnie was preceded in death by her parents, Albert and Thora Bramwell, and her husband, Kent Calvin Croft. She is survived by her three daughters: Denise Marie Shattuck (Rick), Cherie Ann Witt (Doug), Michelle Louise Clark (Tom), 14 grandchildren and 10 great-grandchildren.