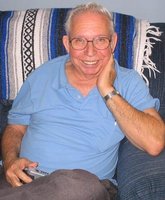 Ray Bob Dodd passed away on April 29, 2021. He was at home in Keizer Oregon, surrounded by his loving family members and caregivers. RayBob or Bob as he was known was born in Viola Arkansas on January 8, 1936. He was the third child born to Lois Beula Hester during her marriage to Snowey Everette Dodd. RayBob spent his childhood in Arkansas. He was born during the recovery of the Great Depression, it was hard times for a lot of families, his family included. He helped on the family farm and worked in the cotton fields to help support the family and because of that his education suffered. With only a grade school education and the gift of being able to fix most anything from a radio, tv, cb not to mention his ability to repair a car or build a race car and race it! Ray took those qualities and used them to always provide for his family, which started in Eloy, Arizona where Ray met and married Pasty June Dodd April 4, 1953. In 1959 they moved to North Plains Oregon where they had 3 children. Eventually moving to Cedar Hills in 1969, Hubbard in 1977 then to Salem and Keizer. He was employed for many years by the West Slope Water District until he was injured on the job and after enduring numerous back surgeries was determined to be permanently disabled. He continued his favorite hobbies along with traveling around the county in his motor home, and in later years taking an airplane so he could visit his family and loved ones. Survivors include Ray’s Son: Tim Ray Dodd of Otis Oregon; Daughter: Debra June Dean of Baker City Oregon; 8 Grandchildren, 17 Great grandchildren, 6 Great Great Grandchildren; Sisters: Bertie Lee Davidson of Phoenix Arizona; LaWanda Mae Barr of Schertz Texas; Norma Kay Cruz Luna of Keizer Oregon; Brothers: Hulen Ray Hester of Phoenix Arizona; John Alvin Hester of Tillamook Oregon; Charles Campbell of Salem Arkansas; Larry Wayne Dodd of Batesville Arkansas; Aunts: Agnes Wilson of Forest Grove Oregon; Irene Friend of Murfreesboro Tennessee. He was preceded in death by Brother: Franklin Dodd 1935; Wife: Pasty June Dodd 1978; Grandson: Roy Ray Allen 1994; Great Granddaughter: Lily June Marie Efird 2009; Daughter: Teresa Gaye Goldsby 2010. Service and Interment at Valley Memorial Park Cemetery, 3929 SW Tualatin Valley Hwy, Hillsboro OR on Monday, May 17, 2021 at 1:00 (Viewing at 12:00 preceding Service). Pallbearers: Van Wohlcke, Micheal Goldsby, Daniel Goldsby, Shane Dodd, Christopher Dodd.