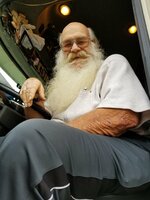 On Saturday, August 7, 2021, Garris Edward Osborn, Loving husband, father, Grandfather and Great Grandfather, passed away at the age of 70. Garris was born on July 21, 1951, in New Castle, IN to William and Elsie (Kellam) Osborn. He graduated from Phoenix, Oregon High School, in 1969. He married Katherine Kay Jenkins on January 20, 1974. They raised two daughters Lynda & Deborah. Garry worked in southern Oregon in High School keeping the Smug pots going at night in the winter. 1974-1985 he worked at local dairy farms in the Forest Grove area. In 1979 Garry and Kathy moved to Ketchikan, Alaska where he worked as a DJ for a local radio station. In 1985 he began a 35-year career as a truck driver, he retired in 2019. Garry enjoyed camping, the mountains and being able to visit with anyone he could. He loved music trivia. He loved watching NASCAR racing and the Indianapolis 500. He also enjoyed watching Jeopardy. When he was on the road, Garry would always bring home small gifts he had found and purchased, because he was always thinking of the family. He also enjoyed spending time with his family. He was known for his quick wit, his infectious smile, and his kind and compassionate spirit. Garris was preceded in death by his brother Gerald Edward Osborn, Parents Bill & Elsie Osborn. He is survived by his wife Kathy, his two daughters Lynda (Osborn) & Michael Carter of Forest Grove & Deborah Osborn of Nampa, ID. Siblings Patricia Sue (Osborn) & Fred Ketcham of Central Point OR., Bobbie Jean (Osborn) Collins of Nampa, ID, Rebecca (Osborn) & Steve Adams of Eugene, OR and Larry & Heather Osborn of Star, ID. He also leaves Grand Children, Melissa Dolan, Carl Dolan, & Drake Carter, Great Grandchildren, Kahleb Stewart & Kohlby Wilt. As well as numerous nieces & Nephews, Great Nieces & Nephews, and Great Great Nieces & Nephews. In lieu of flowers the family would like donations sent to CCD smiles. https://ccdsmiles.org