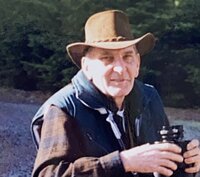 Michael R. “Rick” Decklar, 78, of Cornelius, Oregon passed away on Saturday, June 25, 2022. Burial rites with full military honors will be at 10 a.m. on Monday, July 18, 2022 at the Willamette National Cemetery, 11800 S.E. Mount Scott Blvd. in Portland. Immediately following will be a reception at Gladstone Community Club, 255 E. Exeter St, Gladstone, Oregon for family and friends. MICHAEL RICK DECKLAR was born July 21, 1943 in Waterloo, Iowa. His father had a military career which required the family to move during his youth to assignments in Japan, Germany and California. At the age of 20 he joined the US Navy as an electrician and served a couple of years on the USS Bon Homme Richard during the Vietnam war. After his service in the military he went on to become an auto mechanic for most of the rest of his life. Later in life Rick loved spending time with friends and family, his dog Biscuit and going to the beach. He is survived by his daughter, Sherry Copeland of Oregon City, Oregon; his son, Brian Decklar of Beaverton, Oregon; his two brothers, Donald James Decklar of Shelton, Washington and Mark Raymond Decklar of Nevada City, California; his sister, Carleen Jo Baumann of San Diego, California. Preceding him in death was his father, Carl Edward Decklar; mother, Dorothy May Farley; sister, Patricia Anne Weaver; and his brother, Marshall “Terry” Decklar.