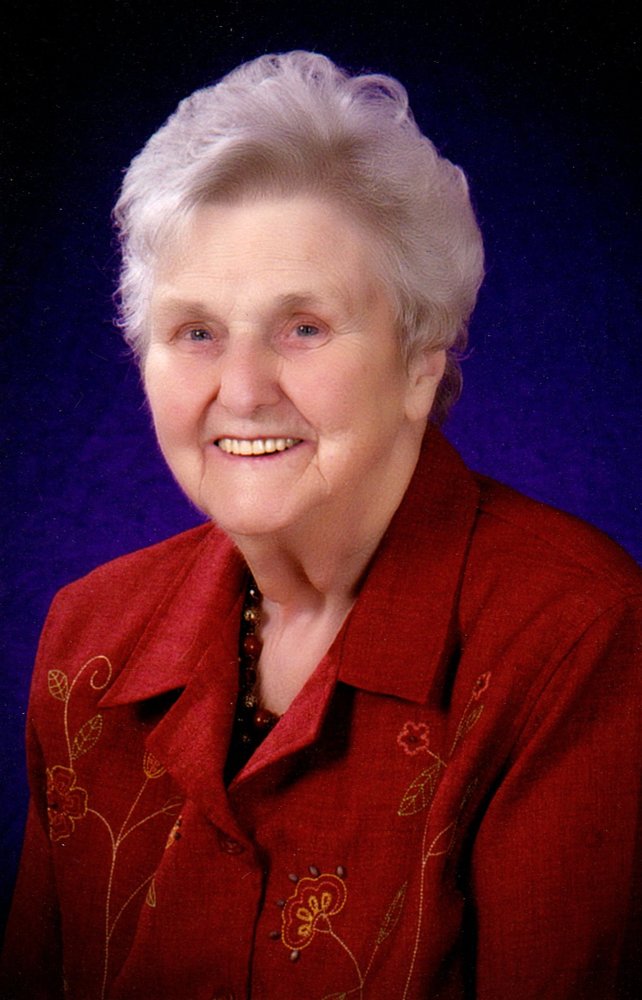 Barbara was born in Portland, Oregon to Irving and Eva Apling on July 6, 1926.  She met Jim Wilson at the Camp Adair Army Base, they were married in 1942 in the Corvallis area and together raised 5 beautiful daughters. The family moved to Faribault, MN to be by Jim’s ailing Mother and later returned to Oregon to tend Barbara’s Mother Eva. After Jim’s passing Barbara met and later married Bob Rowland in 1977 in North Pole, Alaska. Bob and Barbara spent many happy years in Fairbanks. Once again, they returned to Oregon this time settling down on their new farm in Amity, where she lived until moving to Forest Grove and then Hillsboro to receive more attentive care.

Barbara could be found with her infectious smile, chatting it up with the regulars at one of her many restaurants, tending to her prized Dahlias in her expansive garden, canning and preserving her most recent harvest or sharing with anyone who would listen how proud she was of her family and showing off the newest pictures of them. She was greatly loved and will be truly missed.

She is survived by her daughters Sharon (Wayne) Schmidt and Patty (Marty) Nilles, her Grandchildren, Great Grandchildren and Great-Great Grandchildren. She was preceded in death by her daughters Shirley (Jerry) Kitzman, Cecelia (Jim) Arne and Barbara Murray, and husbands Jim Wilson and Bob Rowland. The family wishes to send a special thank you to the wonderful and tender care she received from EmpRes Hillsboro Health and Rehabilitation Center and Bristol Hospice.

Donations can be made in her memory to Bristol Hospice at bristolfoundation.org