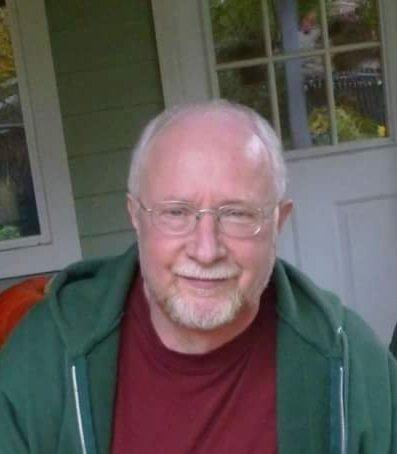 Robert "Bob" Zorko, a well-known Hillsboro, OR, artist, passed away March 4, after a short but courageous battle with esophageal cancer. He was 68.

Born in Havre, MT, on Feb. 16, 1951, Bob was the fourth of seven children to Joe and Esther Zorko. Bob attended St. Jude's Elementary School, Havre Central High School and graduated from Havre High School in 1969. He obtained his bachelor’s degree in secondary education from Northern Montana College at Havre in 1973.

A diehard Green Bay Packers fan, Bob had a lifelong passion for baseball and football, starting early with his participation in team sports from a young age. He played basketball at Havre Central and was an outfielder for the American Legion team in Havre, which won the state championship in 1968. He fulfilled every Packer fan’s dream when he made a pilgrimage to Lambeau Field with his brother Jerry to watch a 2009 game. GO PACK GO!

While living in Havre, Bob worked at a soft drink bottling company and following college graduation he taught high school in Whitefish, MT. Bob moved to Hillsboro in 1977 and started working for Merix Inc., a Beaverton-based manufacturer of electronic testing and measurement equipment, where he held a management position for most of his 39-year career.

In 2003, Bob met the love of his life, Kris Young. After three years of courtship, they married in 2006. They crafted a happy life together for the next 13 years, spending their time travelling, sharing their art and growing a loving, beautiful life together.

Bob retired in 2016, and finally had time to enjoy the things he loved best: gardening in his beloved Zorky Park, reading, painting, and ethically relocating 142 rogue squirrels ravaging his vegetable garden. Bob was a prolific artist, and an active member of Sequoia Gallery in Hillsboro. His paintings have been shown in juried art shows across the greater Portland area and he had developed a growing following for his art in recent years.

Bob was preceded in death by his parents, Joe and Esther (Siedel) Zorko; brothers Joseph and Michael, and sister Paulette. He is survived by his widow Kris; step-daughters Heather (Jason) Rinehart, Vancouver, WA, and Rachel Clarke, Maple Valley, WA; sister Mary (Tom) Heath, Tenakee Springs, AK; brothers Rich, Albany, OR, and Jerry (Kelly) Zorko, Havre, as well as many beloved extended family members and dear friends who are like family.

Bob, armed with a quick sense of humor and a sly wit, amassed friends through his years that remember him with smiles and affection, regardless of how far they were separated by time or distance.

Bob was remembered in a small, private celebration of life. In lieu of flowers, the family requests that donations be made in Bob’s name to the American Cancer Society or the Jackson Bottom Wetlands Preserve in Hillsboro.

To plant a beautiful memorial tree in memory of Bob Zorko, please visit our Tree Store