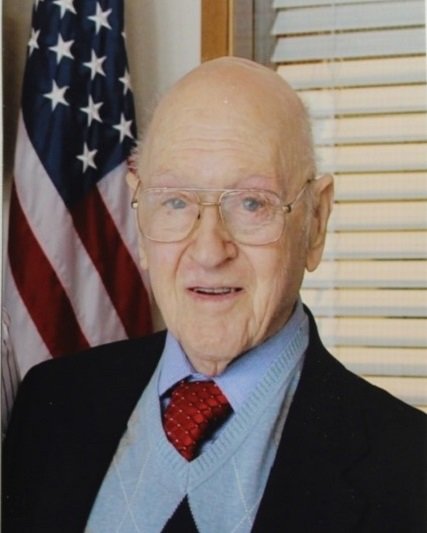 Milo B. Meeker passed away at Rosewood Park Assisted Living Palm Sunday, April 14, 2019.  Milo was born in Grantsburg, Wisconsin on January 14, 1930.  He is the son of Glen and Florence Meeker.  When He was seven years old, he moved with his family to Oregon.  He graduated from Newberg High School in 1948.  He served in the US Navy from October 1948 to October 1952.  After US Navy, he went to trade school to become an electrician and later became an electrical contractor.  He then owned and operated electrical contracting business for twenty -nine years.

He married an only child, a beautiful girl named Dorothy Mohr on May 11, 1951.  Milo really enjoyed being with people and hearing their story.  He enjoyed his work, fishing and traveling. Most importantly, Milo liked to be with Dorothy, driving to get groceries and spent hours at Macy’s store.  Dorothy liked to spend hours at Macy’s while Milo found a furniture department to find a couch/lazy chair and take a good long nap.