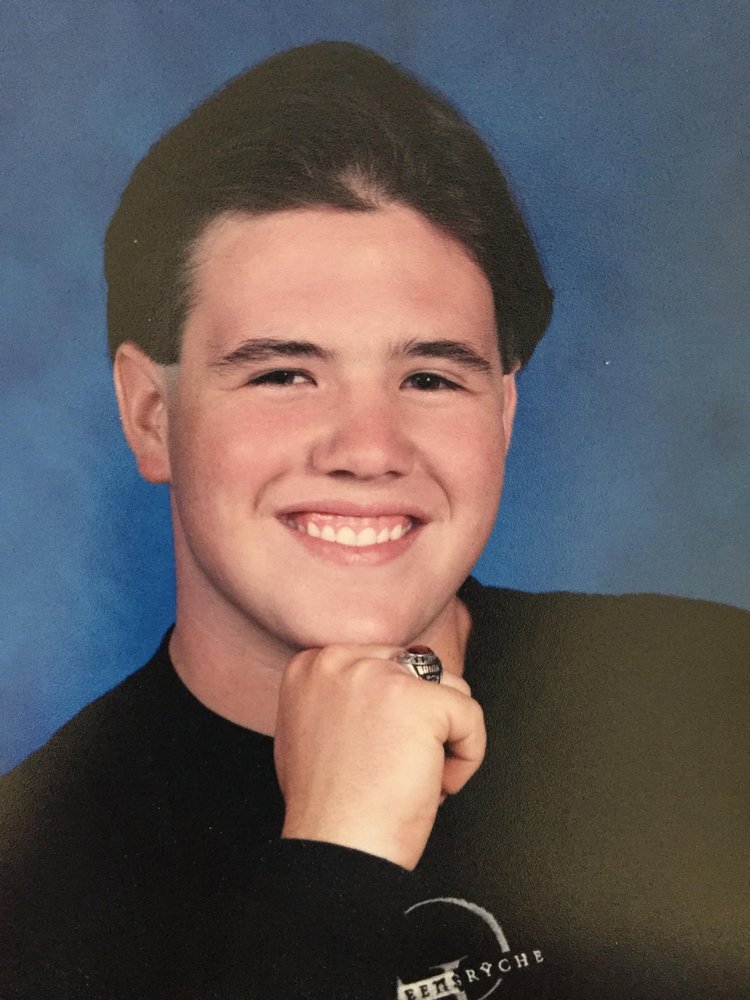 Brian Lester Hildebrand was born July 30, 1980 in Portland, OR, the son of David Hildebrand and Iris Chapman. He passed away at his home on May 6, 2019 at the age of 38, due to heart failure. Brian grew up in Hillsboro and graduated from Hillsboro High School with the Class of 1998.

After graduation, Brian joined the United States Marine Corps. Stationed at Kaneohe Bay, HI, he was very proud to serve his country as a Field Artillery Fire Controlman. After an honorable discharge from the service in September, 2002, he returned home and spent time in various retail positions. Building on a lifelong love of costumes, he spent more than a decade at Costume Avenue, assisting with local productions, school play and musical costume needs. His expertise in costume make up was astonishing. He developed deep bonds with everyone there with his boyish charm, antics and funny, late night singing of original “made up” songs as his singing improved!

As both a Cub Scout and Boy Scout, summer camp was always the highlight of his summers. As a younger scout, Brian learned outdoor skills he would use in the Marines. As an older scout he loved the challenge of the COPE (Challenging Outdoor Personal Experience) course. Brian earned his Eagle Award on August 3, 1998, and was proud that his younger brother, Rodney followed him 10 years later. He collected old Boy Scout handbooks with the oldest printed in 1932.

Brian loved baseball. He played with Hillsboro Youth Baseball teams for 6 years, (mostly as catcher) and went on to umpire youth baseball for several summers. Brian was also a Hilhi wrestler who enjoyed the season and team, even though he did not win many matches. When not involved in baseball or wrestling, he loved playing D&D and other board games with his buddies in the garage. For the past several years he looked forward to Wednesday evening “Game Night” at his brother Ray’s home and the camaraderie developed there.

Family was of utmost importance to Brian. He enjoyed trips to Minnesota/Iowa to visit relatives who entertained him with stories about his parents when they were kids and had started taking an interest in his family background. As part of a large family, holidays and celebrations were always a party, and Brian could always be counted on to be at the center of the organized chaos.

He chose his friends carefully and kept them for life. He enjoyed watching “sports ball” with lots of wonderful friends at the local “Dog House.”

Brian met Jackie in April, 2005, where she learned his talent for doing “the Robot.” It was love at first sight for Jackie. He proposed to her on the 9th day of the 9th month of the 9th year of their first date. They were married at the beautiful Zenith Vineyard in Salem, OR on June 19, 2016. They spent their honeymoon on an Alaskan cruise, sight seeing and taking in the beautiful Alaskan scenery. Brian and Jackie welcomed a beautiful baby boy, Emerson Nicholas on March 25, 2018 at 6:19 PM – as noted by Jackie, the same time as their wedding anniversary date.

More than anything in life, Brian loved being father to his son. He often joked that if he had known how much he would love being a father, he would have started when he was 15 (a joke everyone but his mother enjoyed). It was often said that his eyes never sparkled like they did when talking about his son.

Preceding him in death are his grandparents: Clarence and Lucille Hildebrand and Lester and Dorothy Chapman; stepfather, Clyde Ashe and Uncle, James Hildebrand.

A Celebration of Brian's life will be Sunday, May 19, 2019 at 4:00 pm at the Hillsboro United Methodist Church, 168 NE 8th Ave., Hillsboro, Oregon. A reception will follow at the church.

To plant a beautiful memorial tree in memory of Brian Hildebrand, please visit our Tree Store
Print
Sunday
19
May